Cereals should be the basis of our diet. They are an excellent source of carbohydrates, predominantly starch, which is slowly digesting and provides energy for a longer time. They also contain fiber thattake precautions against constipation and B vitamins.

The most famous cereal representatives are wheat, rye, barley and oats, rice and maize. Other types of cereals such as millet, sorghum or triticale are not so widespread. Cereals are also pseudo-cereals, whose representatives are buckwheat, amaranth, quinoa and others. Due to pseudo-cereals, rice and corn are gluten-free, people with celiac disease can consume them. Cereal proteins ranks are non-full, limiting amino acid is lysine.

Protein content is more significant in legumes (20-25 %) than in cereals (7-19 %), although they are also lof ow-quality. Limiting amino acid of legumes is methionine. Unlike cereals, legumes contain indigestible oligosaccharides that cause bloating. Their content may be reduced by suitable preparation. As far as fat is concerned, its content is very low in legumes except for soy and peanuts.

Legumes are also a good source of fiber, B vitamins, and soy is also riched in vitamin E. Mineral content is high but is mostly poorly utilized due to the presence of antinutrients.

The most well-known legumes are peas, beans, lentils, soybeans and chickpeas.

Muesli is appropriate for beakfast and snack –  it depends on consumed quantity. But every meal should be well-balanced.

Most people think that half-coated puffed crisp breads are dietary. So they rather eat them than other sweets, and then often eat whole package of them. Are these crisp breads really low in calories? AND I would like to point out that these toppings, whether chocolate or yoghurt, which you find on puffed crisp breads […]

Many people, especially women, consider protein bread as a diet food. But that’s wrong, not only its fat amount, but also its overall energy value is higher in comparison with wholegrain and rye bread, as well as the price …

Porridge is the fastest way to make sweet well-balanced  breakfast. You can also serve it as an afternoon snack but in smaller amount.

Tip for breakfast or snack for journeys.

The popularity of soy foods is on the rise in population and becoming a common part of our diet. People consume them for various reasons – such as milk and dairy products alternatives for health reasons, as a meat alternative for ethical reasons or only because of varied diet. 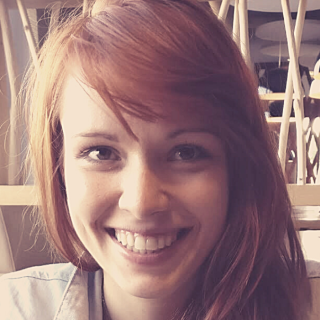 
Institute of Lifelong Learning at Mendel University in Brno →